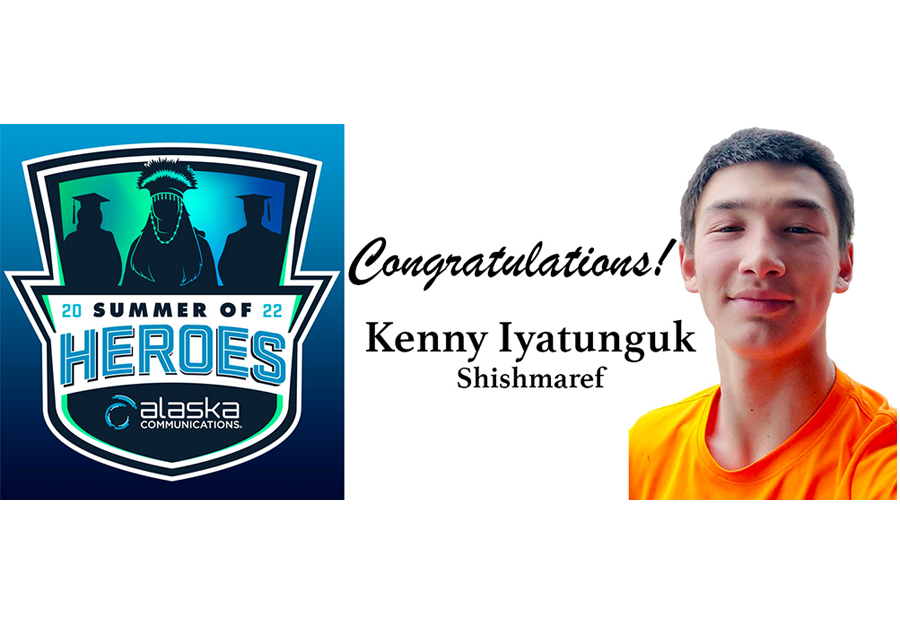 Kenny is a prolific Iñupiaq dancer who is actively contributing to, preserving and sharing his community’s traditions and ways of life.

He recently helped revive the Shishmaref Dance Team in his rural island village and raises funds for the team to travel to events such as the Alaska Federation of Natives and the Wales Kingikmiut Dance Festival. For many years, traditional Iñupiaq dancing was not practiced by residents. Although Kenny was not the first to resurrect it, he has been an integral part of re-integrating it into his village’s life to keep the culture’s traditions alive for future generations. His passion and skill as an Iñupiaq dancer has inspired many young villagers to learn.

Kenny volunteers annually with a rural veterinary organization to help calm nervous dogs when they arrive at the clinic. He also lends a hand at sporting events, works concessions, streams games and helps with clean-up. Kenny is described as a hard worker, dependable and an important part of the community.

Residents of the northwestern island of Shishmaref live mostly a subsistence lifestyle. Kenny is known to take care of his family and community, particularly his grandparents and elders, who may not be able to hunt for themselves. He provides them with the fruits of his hunting and fishing adventures so they have enough sustenance to survive in rural Alaska.

After high school, Kenny would like to learn a trade to bring his skills back to his village and contribute to the local economy. He will continue to attend dance practices and recruit others to sustain cultural traditions.